All tattoos cause a little pain. Anyone who says otherwise is either lying or has a unique condition that doesn’t let them experience discomfort.

On most body parts, the best way to describe a tattoo is that it’s a scratching sensation. Some places are barely noticeable, while others can make people want to jump up and out of the parlor chair.

When deciding on the area you’d like to have tattooed, it’s crucial to think about how much pain you can tolerate in that spot. That’s why the shins are often one of the least popular tattoos that artists perform on people.

How Bad Do Shin Tattoos Hurt?

Shin tattoos are painful because of the skin’s proximity to the leg’s bones. The sensation of the needle close to the tibia is the most uncomfortable experience because it creates an intense throbbing-like sensation while the artist works, that radiates to the ankle and knee.

When you think about getting a tattoo on your leg, a dramatic artistic expression can occur when focusing on the shins.

This part of the leg has two primary bones: the tibia and the fibula. They’re vital components of the body because they connect your knee to the ankle.

These bones also serve as structural supports for the calves and lower leg muscles.

Since your shins take the brunt of most bumps and knocks throughout the day, they’re thicker than most of the other bones in that body. That fact also makes them more sensitive when you’re thinking about getting a tattoo over that area.

Why Are Shin Tattoos Considered Painful?

Outside of the tattoos on certain parts of the neck and skull, shin tattoos are often rated as the most painful option that you can get. Several reasons explain why the discomfort levels are higher with this option compared to other parts of the body.

1. There is minimal fat protection on the shins.

When a tattoo gets placed on the shins, the needle it’s remarkably close to the bone. That means the nerve endings in that space are much more sensitive to intrusion and vibration thanin spots with more tissue, such as the thigh.

The stimulation of the periosteum, which is the tissue that surrounds the bones, is known to be the primary cause of discomfort when getting a shin tattoo.

2. It can create a rattling sensation.

The delicate area around the shins does not absorb the rapid pumping movements that the needles cause while the artist is doing their work. That motion creates a rattling sensation that feels unusual, uncomfortable, and sometimes violently painful.

Even when the motion is tolerated reasonably well, a lengthy tattoo on the shins can mentally wear down an individual until they can’t take their mind off the feeling.

Tattoos don’t literally shake your bones, but it can feel that way in this spot.

The size and detail incorporated into a tattoo design are typically linked to the amount of pain that a person perceives. Since most of the artwork on the leg tends to be large, the pain starts building as the adrenaline begins fading away.

Some ink colors and techniques are more painful to use than others when getting a tattoo. White highlights tend to be the most stressful because it requires several passes to ensure saturation. Since it doesn’t show up as well, some artists might decide to be heavier-handed when applying their technique.

Since white ink is also prone to fading and yellowing, it requires more work to succeed with the art. There’s even a risk that it can be corrupted by neighboring tones and hues.

White is also the last color most artists use, which means someone might have endured several hours of shading, lining, and saturation. You’re essentially passing a needle over a fresh tattoo instead of one that hasn’t received any work yet.

What Can I Do to Reduce Pain Levels from a Shin Tattoo?

The best thing you can do to limit how much pain occurs during a shin tattoo is to choose a smaller and simpler design.

Although a shin tattoo typically looks better when it has some size to it, you can always start small and build outward if you find the area is a bit sensitive.

The artist you select to perform the work will also impact how much pain you feel. When getting a tattoo in a delicate spot, you’ll want to pick someone experienced so that they’re not rough with their work.

Even the best tattoo artists started cannot remove all the potential pain from a shin tattoo because of how the body is structured.

You can also use a numbing tattoo spray at the beginning of your session. Although the effectiveness of this product varies, most people find that the various creams and applications can take the edge off when getting the artwork done.

One of the best options that I’ve found for getting work done is Dr. Numb. I used it when getting an Irish cross on my shin, and the results were incredible. I was able to sit still for the straight lines and intricate details because the edge wasn’t there that would tempt movement or squirming. 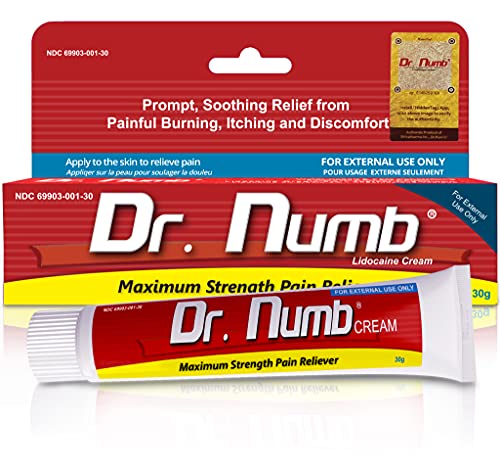 You’ll want to talk to your tattoo artist before applying a numbing spray or cream. Depending on your specific situation, the product could interfere with what you hope to accomplish.

Some artists might decide to cancel your appointment if they know that you’ve applied a numbing agent. It’s always better to have open communication than to pull a surprise on someone, especially when you’re talking about the extensive work that motion tattoos require.

Another option to consider is Zensa Numbing Cream. It contains the same amount of lidocaine, making it an effective topical anesthetic. I’m just not the biggest fan of its odor. 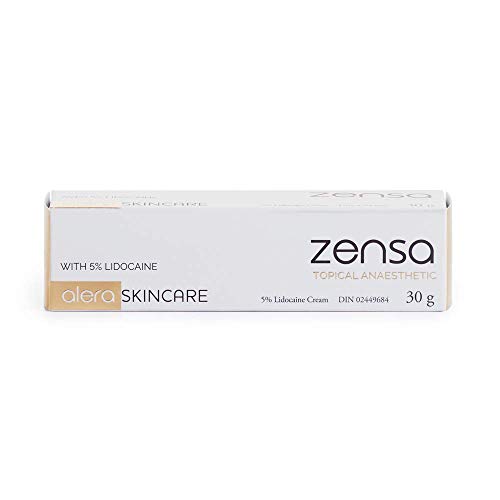 How Does Lidocaine Work as a Numbing Agent for Tattoos?

Lidocaine is a local anesthetic. That means it numbs the area where a direct application occurs. It’s typically available as a spray, cream, gel, or lotion. By stopping the nerves from sending pain signals to the brain, it is possible to ease the discomfort that occurs at the site of the tattoo’s application.

When using lidocaine to numb the skin for a tattoo, it’s important to use a product made for that purpose.

Several topical anesthetics that contain lidocaine are available in multiple categories, including throat sprays, mouth gels, and even suppositories.

The last thing you want is to put a topical agent meant for inside your rear end on your shin before getting a tattoo. It’s not designed to function in the same way as a lidocaine product intended for the skin.

Here are some key facts that you want to know about a tattoo numbing agent before applying it.

Most people can use a tattoo numbing cream or spray without a problem. It is possible to develop an allergy to lidocaine, so you’ll want to watch for rashes, hives, and similar symptoms after its application.

How Things Went with My Tattoo

If you haven’t heard the story already, the story of my shin tattoo comes right out of Las Vegas. You know how they say what happens there stays there? That marketing slogan is incorrect if you decide to get some ink done.

Although the Sahara is no longer on the strip, that’s where we always stayed when taking a trip to Vegas. It was great because you were close to the Fremont Street Experience while having access to Circus Circus and the other activities in the area.

Our favorite room to book at the Sahara was the one that The Beatles used when they played in that casino back in the 1960s. We take pictures by all the plaques in the Abbey Road style, laughing at how the staff would roll their eyes at us because I’m sure they’d seen thousands of others do the same thing.

On one trip, I had accidentally driven over a construction cone. We managed to take it over 300 miles, finally discovering the hitchhiker after parking.

I told you that back story because, in those days, there was a great tattoo parlor across the street from the Sahara. You could walk out the front of the casino, get on the crosswalk, and book your appointment minutes after you settled into your room.

When I got my time, the artist looked me up and down. “You’re going to pay in cash, right?”

I gave him a solid nod. “You bet I am.” Then he booked my appointment, and I ran down the street to the burger spot that used to be there because they had an ATM.

About an hour later, I had the numbing agent on my shin and a print of the tattoo he was working on already in place. “Let’s get the bad stuff out of the way first,” the guy says.

Not two seconds later, there’s a needle in my shin pumping ink down the side of the Irish cross. Thanks to the numbing agent, I barely felt anything.

I will say that the time recommendations listed on the container are pretty accurate. If you get a chance to reapply the cream or spray, I take it. By the time the red coloration in the different pattern shapes was getting finished, I could feel the pulsating action right along the bone.

You know that feeling when the doctor uses that triangle hammer to test your reflexes by banging it into your knee? The feeling that happens after the doc does that is exactly what it feels like to get a shin tattoo.

It’s been almost 15 years, and the cross looks nearly as good as the day I got it. It’s only two colors, black and red, but the fading has been minimal. My only issue has been the development of a few freckles, which have created some dark spots.

Is It Worth the Effort to Go Through the Shading Process for a Shin Tattoo?

Although some people might characterize the highlighting action of a shin tattoo as excruciating, when the work is done correctly, it takes the artwork from the good category to something great. Using a numbing agent before the artist starts working ensures that the edge gets taken off the potential discomfort.

I know that some people don’t like the idea of getting a tattoo. This form of self-expression is a personal choice that should not bring any judgment.

No one is better or worse as an individual simply because they decided to get a tattoo somewhere on their body.

You are not a tougher person if you get a shin tattoo instead of one on your shoulder or forearm.

I wanted to get a tattoo to reflect my culture and family heritage. Some people have them because they think it makes them look sexy or increases their confidence. Others do it to show the world who they are as a person. All those choices are individual reflections of the diversity that we have in humanity.

Each person must determine the amount of pain they can bear when the artist is doing their work. Getting a tattoo on a shin is no walk in the park. With a bit of grit, determination, and some Dr. Numb, you should be able to walk out of the parlor with the artwork of your dreams.